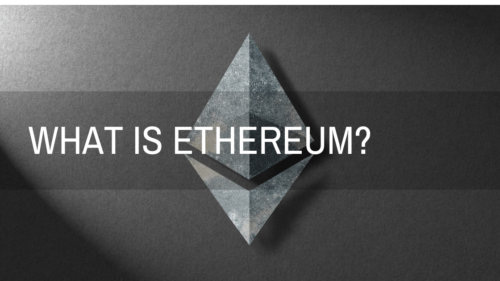 Ethereum is a decentralized platform which exists for applications that run exactly as programmed. This reduces any chance of fraud, censorship or third-party interference.

In order to understand Ethereum, you need to understand the Internet. “Personal Information” refers to our usernames, passwords, accounts numbers, dates of birth. Such information is stored on servers, that are owned by a third party. Every time you create an account, your personal data is stored on a server. The server is usually controlled by a company, which is responsible for it’s security. Amazon would be one example. Outsourcing information storage is attractive because of cost savings, high uptime, high redundancy and high security.

This convenient setup also has vulnerabilities. A hacker or government officials can gain access to your information without your knowledge or consent. This means they can steal, leak, use or alter any information stored on affected severs. As we’ve learned, a hacker or a government can gain unwelcome access to your files without your knowledge. They can influence or attack a third-party service – meaning they can steal, leak or change important personal information.

Brian Behlendorf, the founder of the Apache Web Server, stated that centralized design isn an original flaw of the Internet.

Ethereum has a goal to become a “World Computer” that would decentralize the existing model of clients and servers. Instead, Ethereum suggests using a network of so-called “nods”, (cells of the world computer), that would be run by volunteers. Ethereum offers the same functionality to any user around the world, and expects them to compete for offering services.

For example, almost every app on AppStore or Google Play Store, relies heavily on some entity to store personal data like credit card information, order history etc. Third parties often control servers, that store such information. Apple or Google approve and thus decide which apps should be available for their users.

Ethereum by design would ensure that control of the data would remain with the service provider and that the choice of applications would not be artificially limited. The idea of Ethereum is that data belongs to it’s user or creator and nobody else can have access to it, make changes, limit availability or delete it. Its creators want to combine control that people used to have over their information with the speed and convenience of digital age.

Critics of Ethereum argue that while an idea of blockchain platform sounds appealing, it’s unclear if the authors of the “popular” apps would have enough resources to manage them without outsourcing. Moreover, there is always a security concern.