Constitutional silver and gold is often used to describe the legal tender coins that were issued and circulated by the United States. These coins would be the American Gold Coins minted prior to President Roosevelt’s gold confiscation act of 1933 (Executive Order 6102) as well as silver dimes, quarters, and half-dollars before 1965. While the United States had a proud heritage of minting coins for circulation that were composed of gold and silver, this was never a requirement set forth in the US Constitution.

Reasons for the Misconception

The main reason for the misconception that constitutional silver and gold is a requirement for US coinage comes from several clauses in the US Constitution that seem to conflict with each other.

The next piece of the puzzle that accounts for the misconception surrounding constitutional silver and gold is the Coinage act of 1792. With this act, Congress regulated that gold, silver, and copper would be used as legal tender and even set forth the amount of metal that every coin would contain. For instance, a $10 gold coin was known as an Eagle and was to contain 16 grams of pure gold. The Coinage Act of 1792 set for the foundation of gold and silver in US coins for many years to come but it was never part of the US Constitution.

Many times when people say that constitutional silver and gold is mandated by the US Constitution they quote Article I, Section 10, which reads, “[No state shall] make any thing but gold and silver coin a tender in payment of debts;” In the infancy of the United States, before the constitution was ratified, there were many problems with individual states issuing their own debt. This clause in the US Constitution was meant to legitimize the US Government to foreign lenders by preventing individual states from taking on debt and repaying with fiat currencies.

The idea that constitutional silver and gold is mandated is wrong but that does not mean that proponents of sound money are wrong for wanting the US government to adhere to gold and silver to maintain wealth and prosperity amongst its citizens. In the early years, when the United States used gold and silver for the basis of its currency, inflation remained relatively non-existent. As you can see from the graph, when the United States abandoned the gold standard the inflationary woes began. 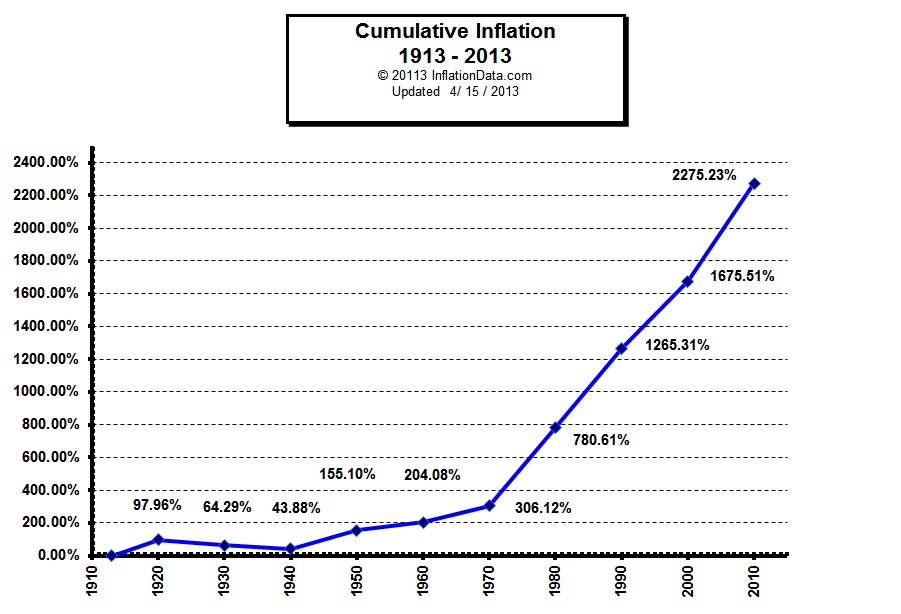