Looking at the premier bullion brands in the world, one stands out among the rest, which is a company called PAMP Suisse. It was founded back in 1977, and it is based out of Ticino, Switzerland. This is a mint subsidiary of MKS Switzerland, which is a company that trades precious metals. This particular company has been on the important Gold List of LBMA since 1987. The LBMA is the London Bullion Market Association, and it gives out designations to high-quality services and products.

PAMP Suisse ranges in precious metal minting, refining both secondary precious metals and primary precious metals. Gold, silver, palladium, and platinum are all metals that are refined at this famous mint. They also send out precious metal blanks for various financial institutions and governments. They are unique because they retain more than 50 percent of the overall gold bars market, and the company is known as an innovator in the precious metals world for many reasons.

PAMP Suisse is important as an innovator because it pioneered the engineering process which allows for colored bar designs, added hangers to ingots for jewelry wearing, was the first to decorate the reverse side of its bars, and also was the first fabricator to offer airtight packaging for small bars. There are also anti-counterfeiting measures in which was designed first by PAMP Suisse, which includes a holographic image in each precious metal. This set the stage for other mints to create an anti-counterfeiting mechanism in their products. 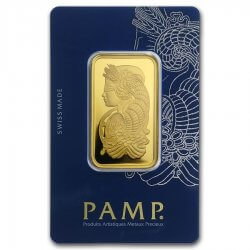 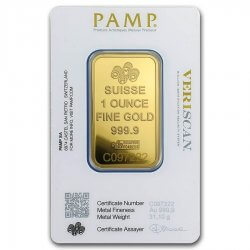